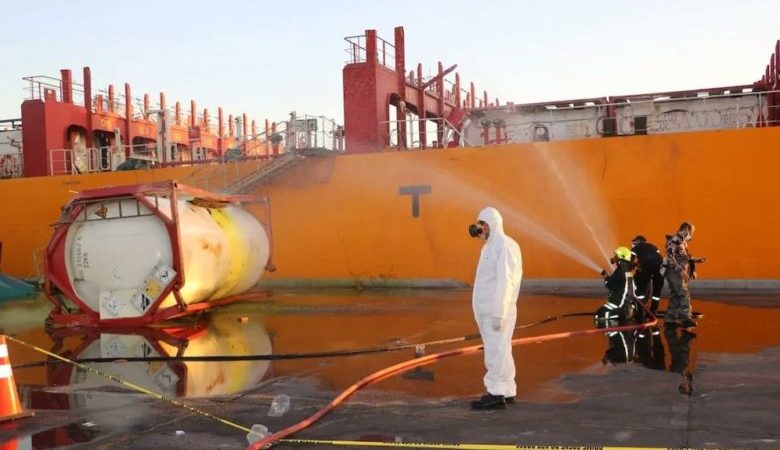 Thirteen people have died and 251 have been injured in a toxic gas leak from a container carrying 25 tonnes of chlorine which dropped onto the deck of a ship at Jordan’s Aqaba port yesterday, sending deadly yellow clouds into the surrounding area.

City health authorities advised residents to close their windows and stay in their homes as the noxious yellow plume spread rapidly.

The deputy chief of the Aqaba Region Ports Authority, Haj Hassan, told local media that a “cable carrying a container containing a toxic substance broke, resulting in the fall and escape of the poisonous substance”.

The accident happened while loading was underway of a recently delivered deck cargo ship, Forest 6.