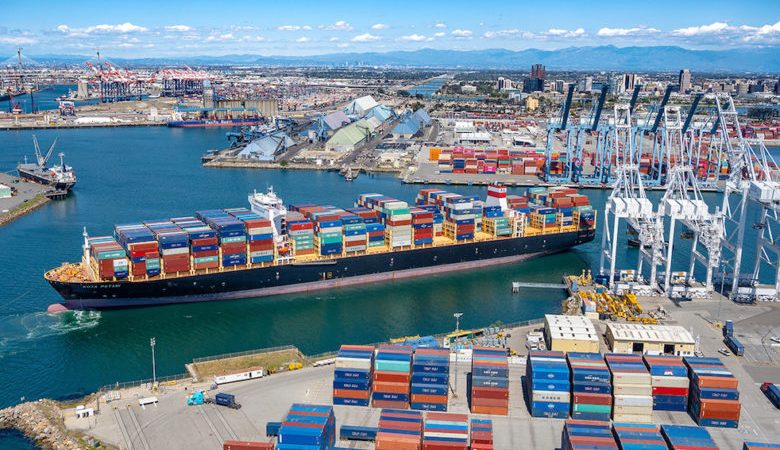 The law will stop “shipping companies taking advantage of American families, farmers, ranchers and businesses,” the president said at a signing ceremony at the White House.

“They raked in the profits and the costs got passed on, as you might guess, directly to consumers,” he added. “Sticking it to American families and businesses because they could.”

OSRA was created on the back of exporters lobbying politicians to intervene during the supply chain crunch seen in the US during the pandemic. The law will allow the US shipping regulator, the Federal Maritime Commission, to launch probes of containerlines’ business practices and to apply enforcement measures, require ocean common carriers to report to the FMC total import/export tonnage each calendar quarter and would bar ocean carriers from unreasonably declining opportunities for US exports.

Feeling the growing volume of ire dished their way by politicians in Washington DC, the liner lobbying group, the World Shipping Council has fired back. President Biden even said he’d like to have a “pop” at liners last week.

“Recent weeks have seen several attempts to demonise ocean carriers by deploying us versus them rhetoric,” the council said in a statement issued yesterday. “That is not only inaccurate but dangerous, as it undermines the ability to understand and work towards solving the root causes of America’s supply chain problems.”

The FMC has recently completed a two-year investigation into the international ocean supply chain, finding that ocean carrier competition is “vigorous” and that while ocean freight prices are high, they are “exacerbated by the pandemic, an unexpected and unprecedent surge in consumer spending particularly in the United States, and supply chain congestion, and are the product of the market forces of supply and demand.”