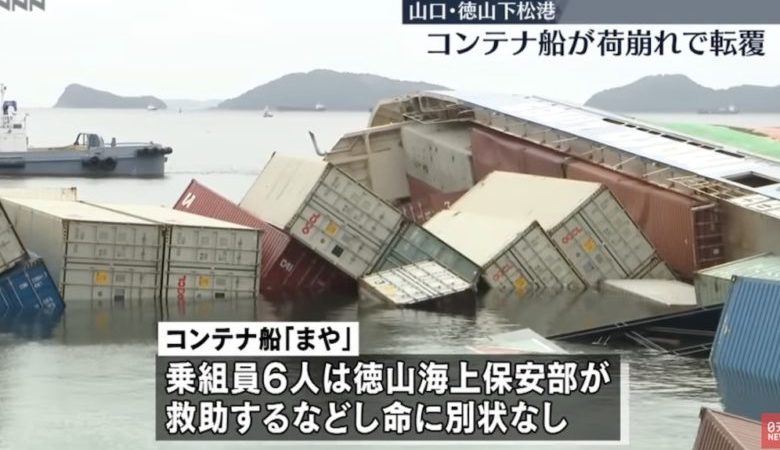 Officials at the Japanese port of Tokuyama Shimomatsu Port have spent the past 24 hours fishing containers out of the water after a small feeder boxship capsized at the pier yesterday.

The 200 teu Maya, a coastal feeder ship operated by Imoto Lines, capsized at a pier of Tokuyama Shimomatsu Port, southwest of Hiroshima, during cargo operations resulting in many containers falling into the water. No crew were seriously injured, but some bunker fuel was spotted from around the ship, which came to rest on the sea floor alongside.

Investigations into how the accident happened are ongoing.