Samsung Heavy rakes in orders for 14 LNG carriers worth $3bn 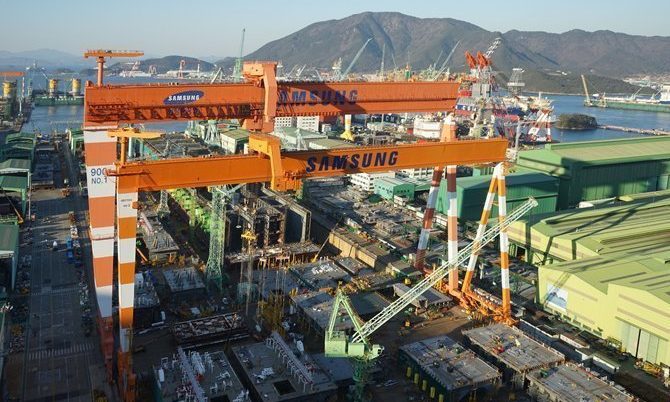 South Korea’s Samsung Heavy Industries has landed orders for the construction of 14 liquefied natural gas (LNG) carriers worth around $3bn.

The shipbuilder said in a regulatory filing with the Korea Exchange it would build twelve 174,000 cu m units for an undisclosed Bermuda-based shipowner, who is paying $2.57bn to have the vessels delivered by July 2026.

A separate filing revealed an order worth around $428m from an African shipowner for two LNG carriers set to deliver by December 2024.

Samsung Heavy has this year won orders for 33 ships worth $6.3bn. The shipbuilder with the world’s third-largest order backlog has not disclosed whether the ships are earmarked for QatarEnergy’s massive LNG carrier shipbuilding program, to which it signed up in June 2020 along with compatriot shipyards Daewoo Shipbuilding & Marine Engineering (DSME) and Hyundai Heavy Industries (HHI).

Earlier this month, DSME and HHI announced orders for four and two LNG carriers, respectively, that will serve the North Field expansion project, which will increase Qatar’s LNG production capacity from 77m tons per year to 126m tons per year, with the first LNG expected in 2025. As part of the project, China’s Hudong-Zhonghua Shipbuilding also firmed up orders for four LNG ships with Japan’s Mitsui OSK Lines (MOL).