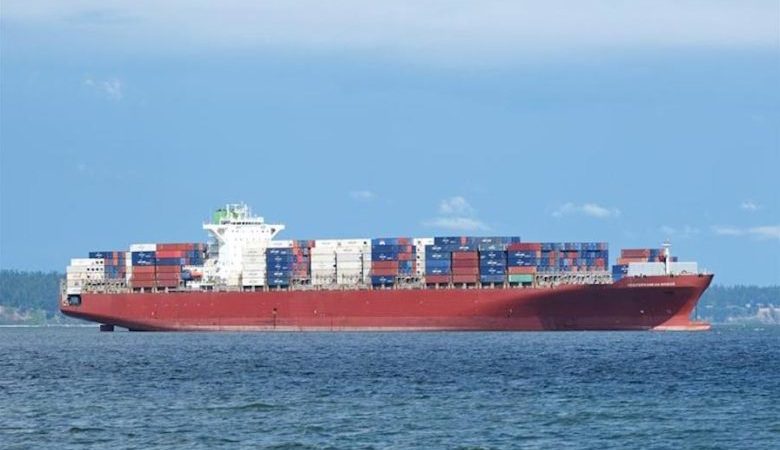 Officials at Israeli carrier ZIM have confirmed that a fire ripped through the 8,586 teu Zim Charleston 11 days ago in the Indian Ocean, with the ship showing no signs of leaving its mooring at Colombo port as accident investigators look into the latest blaze to hit the liner business.

According to insurance firm WK Webster the fire erupted in cargo hold 4 and up to 300 containers may have been damaged in the fire.

The ZIM Charleston is chartered by ZIM and owned by Seaspan.

“We can confirm that a fire erupted on the ZIM Charleston, and the vessel is now in Colombo. According to information received from the owner, the fire took place under deck in a [dangerous goods] hold and first response to the fire was carried out by the vessel’s crew,” a spokesperson for ZIM told Splash.

The incident is still under investigation and at the first response phase.

Liner shipping has been chastened by statistics from insurers that suggest a major fire takes place on a containership every 60 days.

According to the Cargo Incident Notification System (CINS), nearly 25% of all serious incidents onboard containerships are attributable to misdeclared cargo.

In the wake of many massive fires, liners have started imposing fines on shippers who have failed to declare hazardous cargoes in their containers.

Earlier this week Danish carrier Maersk revealed it had decided to install VIKING’s HydroPen firefighting system across its entire fleet.

The HydroPen system is designed for direct firefighting in stacked shipping containers. It is driven purely by water pressure through an attached deck fire hose. When water pressure is activated, a turbine drives the HydroPen drilling unit until it penetrates the container door, whereupon the system sprays water into the container to extinguish the fire directly at the source. In the case of a fire at height in the container stack, the HydroPen system can be deployed using a telescopic device. Beyond water, the system is compatible with foam or CO2.